Hollandaise Sauce - without the tears 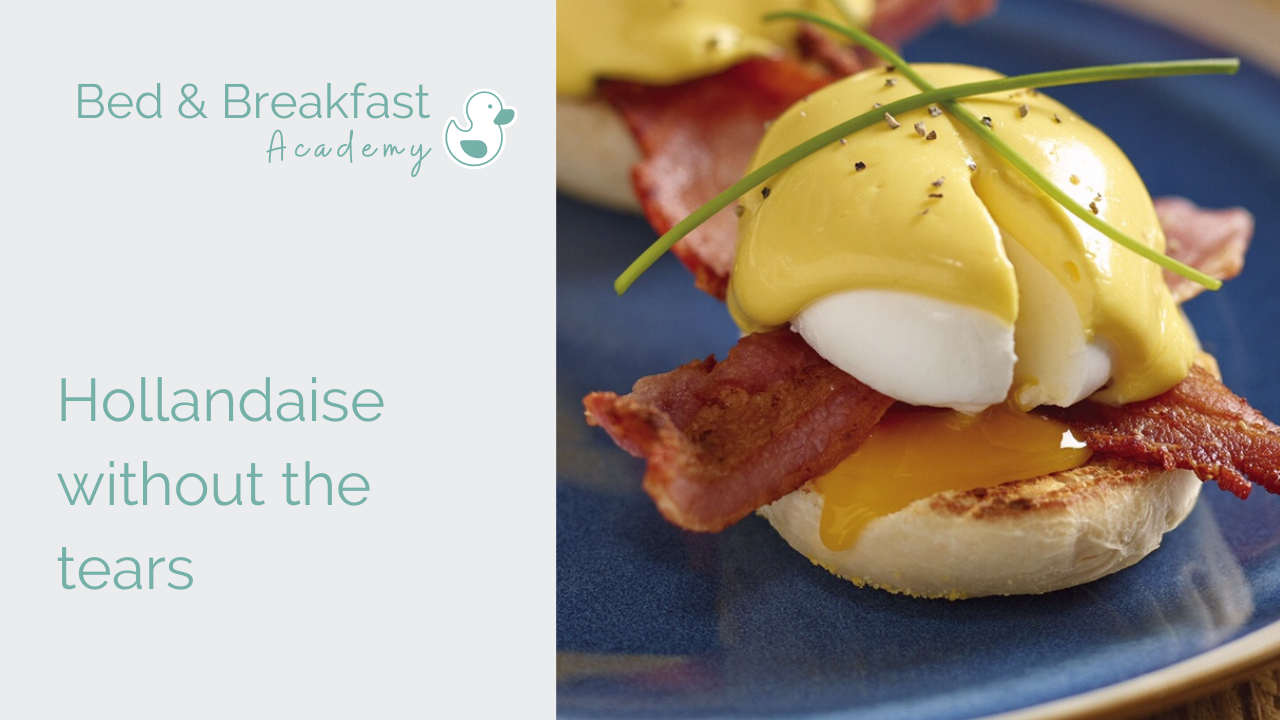 My husband's favourite breakfast is Eggs Benedict. He always orders it when it's on a hotel menu. Though, rather curiously, he asks for it deconstructed. Poached egg covered in hollandaise with the bacon or ham and the toasted English muffin on the side.

So it was a bit unfortunate that hollandaise was one of the last recipes I've mastered. I have tried several times over the years and, on at least one occasion, it has reduced me to tears.

However, when it comes to breakfast, I'm not one to give up. And, thanks to James Gray, who used to run The Ashton in Lancaster I've discovered an almost foolproof method for quickly cooking preparing hollandaise. This recipe is slightly different to the one James gave me, with thanks to Delia.

Once you've mastered Hollandaise it can be used to produce lots of different breakfast recipes.

I got another tip from Susan Poole, who used to tweet as the B&B Coach. She suggested putting the sauce into a thermos to keep it warm, so you can make it a bit in advance.

If the sauce gets too thick sitting in the thermos, whisk a few drops of hot water through it.

You can buy mini saucepans these day & I find mine ideal for heating & pouring the butter & vinegar/lemon. Though it's best to find the ones with a lip as this creates that very thin slow stream of liquid you need.

You can use a liquidizer but I've discovered that the Kenwood Mini Chopper (thanks again Delia  is the very best gadget for making Hollandaise. More info on this blog here

Finally, before I get into the recipe, there are 3 main reasons that hollandaise fails. The first is that you don't use enough butter. This is no time to skimp on it. The second reason is that the butter isn't hot enough. If it really needs to be bubbling without burning. And finally, it may split if you add the butter too quickly.

Since I've been using this method, I've only had one hollandaise failure in 10 years and it's rare a week goes by that I don't make at least one eggs benedict for guests!

Put the 2 egg yolks in a liquidiser, season with salt & pepper and whizz for a minute. Heat the vinegar & lemon juice together in a small saucepan till bubbling, then, with the liquidiser running, pour in a slow steady stream over the eggs. Once full incorporated, whizz for another minute.

In the same pan that you heated the vinegar & lemon in,  slowly melt 100g of butter, being careful not to let it burn, but make sure it's really hot. Then, with the liquidiser running again, pour the butter in in a slow steady stream. 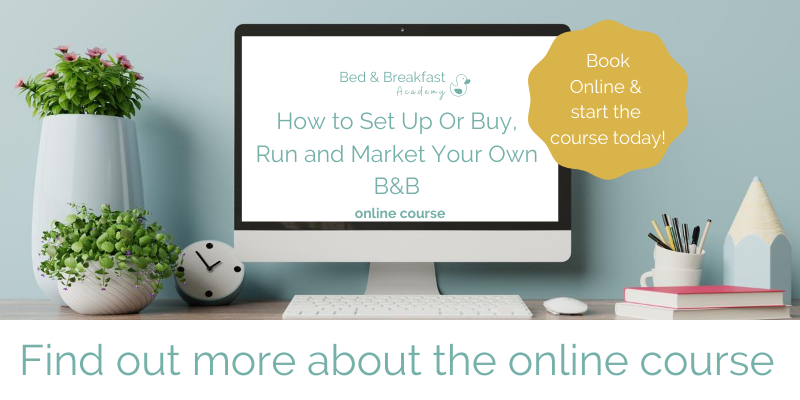 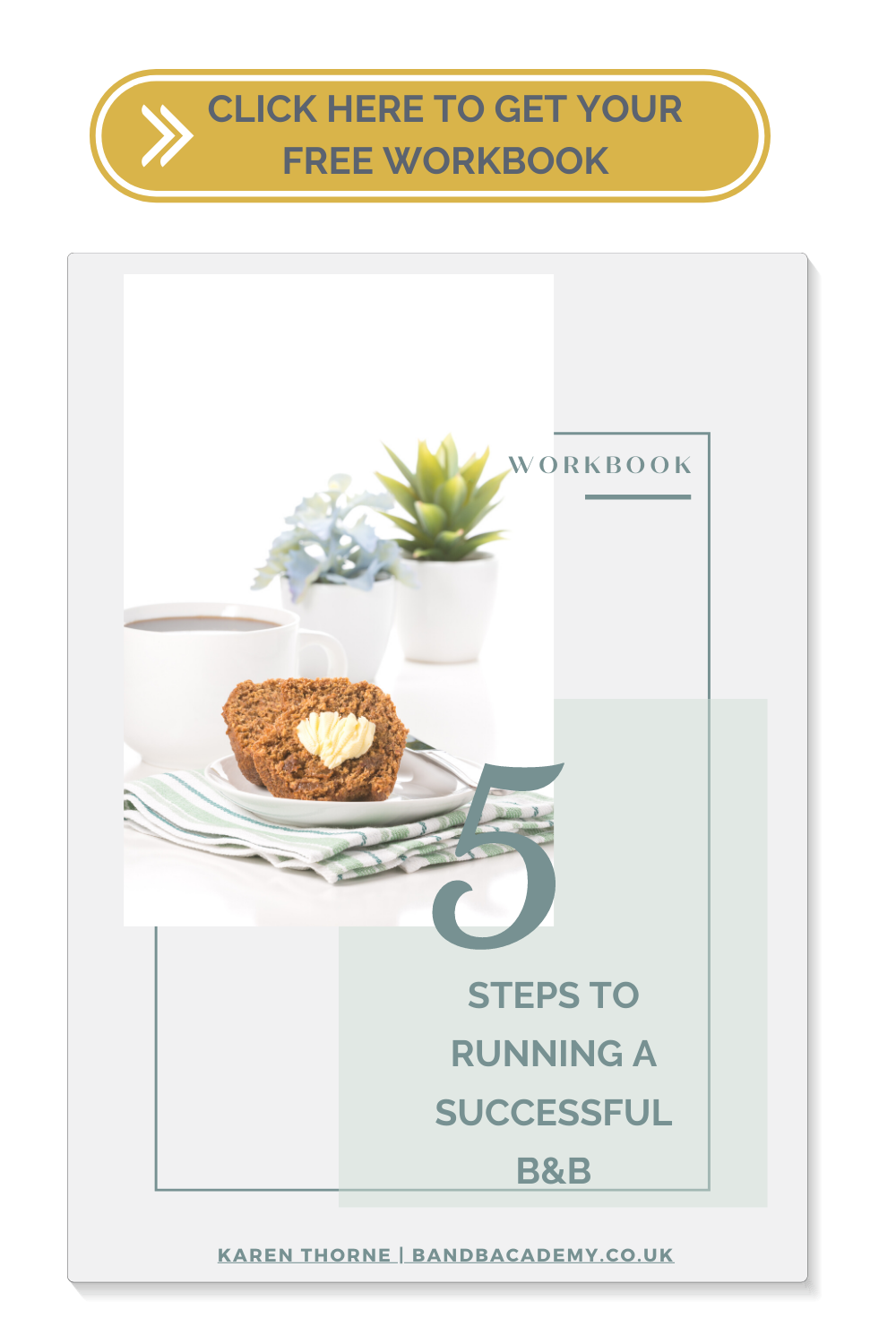 Sign up for my newsletter for weekly hints & tips for setting up, running & marketing a B&B & receive the free workbook

5 STEPS TO RUNNING A SUCCESSFUL B&B 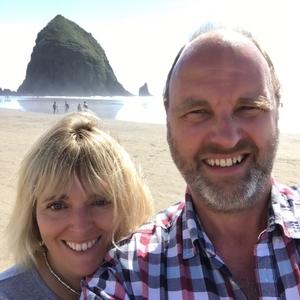 Hi, I'm Karen and I run B&B Academy. The place to be for anyone who is thinking of running their own B&B, or who wants to improve their B&B marketing skills. I've run my own B&B, Hopton House, in Shropshire for over 16 years. And I've been training other prospective and existing B&B owners for over 14 years. My background is in IT, training and people management. I worked for British Airways for 16 years before moving to Shropshire. I'm married to Rob, have one grown up daughter, Jess and 2 slightly bonkers rescue dogs, Saffy and Ralphie. I love to spend time with my family and my dogs. I'm a knitting addict, like to cook, read, netflix and chill, and I'm very good at doing absolutely nothing at all. Hundreds of people have attended my courses over the years and have gone on to create some amazing B&Bs.

setting up your b&b 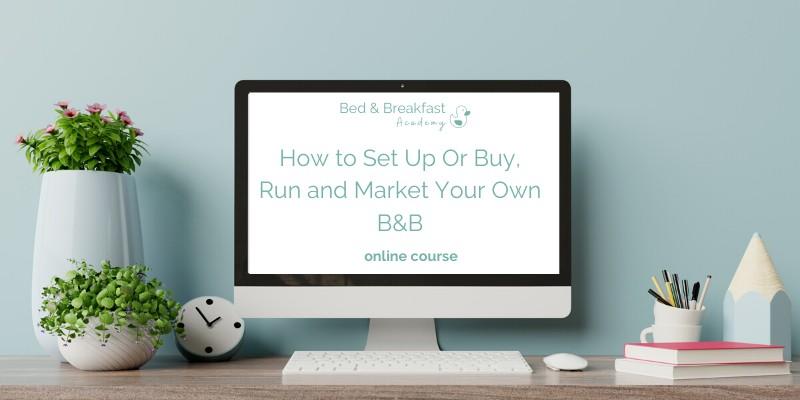 Sign up for our newsletter to receive hints and tips on setting up, running and marketing a B&B.

And to hear more about our courses. 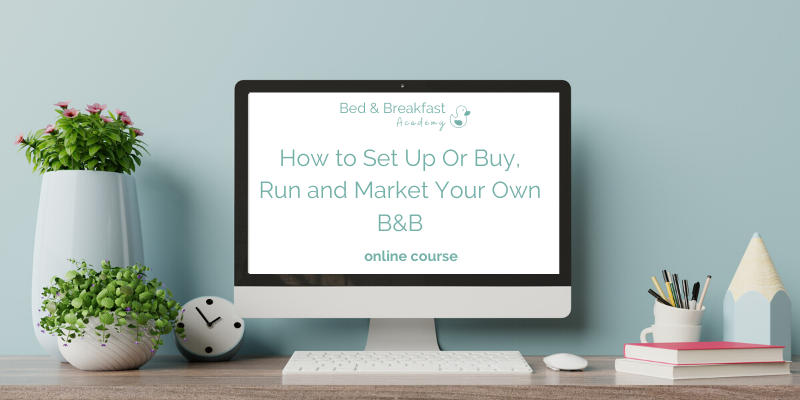 Sign up for my weekly newsletter to receive hints and tips about setting up, running and marketing a B&B, as well as details about future courses.

Please check your email inbox or junk folder to complete the sign up process.

Your privacy is very important to me. I will never pass your email on to anyone else. You may unsubscribe at any time.